I said I wouldn't raise Monarchs this year, but two things made me change my mind.
This made me feel like it's my civic duty to try to help out Mother Nature.
I may have been mistaken in thinking that starting with eggs only would side-step the threat of T-fly. Folks online tell me that is still possible but reduced chance. 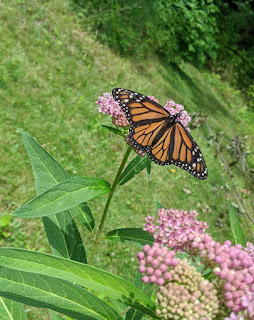 Mama #1
First Monarch spotted in our yard, possibly the first Monarch of the year for me.
This lovely Swamp Milkweed was transplanted less than a year ago from Dad's, and it's doing great with wonderful flowers. My Common Milkweed patch (started from seed) is two years old I think, but still not flowering.
After taking this picture I decided to look for eggs and found 33 (a few of which came not from this Swamp MW but the Common patch on the North side of the house).
I decided to rinse them in bleach solution to prevent OE but when I got to the last one it was already eating his way out of the egg. No rinse for that one. 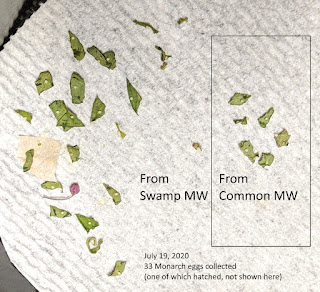 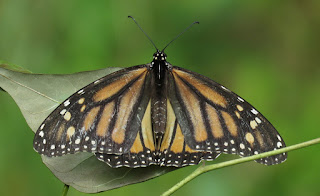 Mama #2, I think I can safely say a different individual. 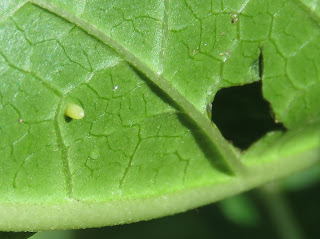 No doubt about it, that's a recent egg. I was all over that plant yesterday, you can see where I cut an egg out of the leaf so no way could I have missed this one! 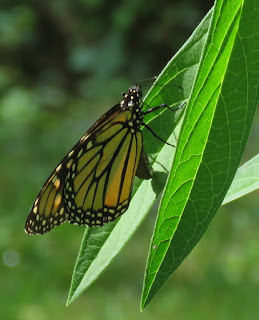 Here she is laying on the top side of the leaf which seems to happen less often. 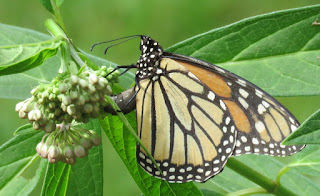 Laying eggs in the flowers is new to me. 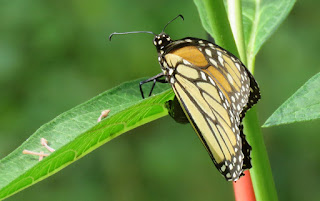 I thought this was the common approach, to lay the egg under the leaf. 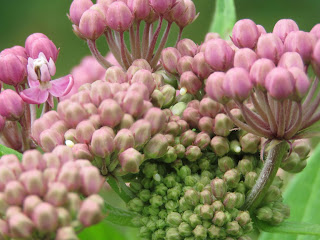 How many eggs can you see in this shot? I see five but collected six from this flower. Egg number 5 is barely visible, one nodule to the right of the top one. It's a combined image BTW, for depth of field. 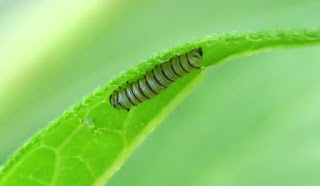 I certainly didn't notice this one yesterday (on Swamp) but that doesn't mean it wasn't there. Sorry for lack of scale, but very very small. 6-1/2 hours later I put him at 4mm, virtually the same as the first hatchling (now roommates). 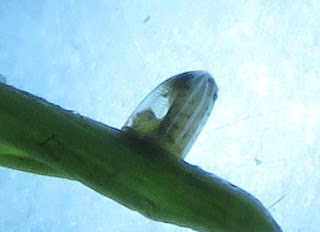 Here you can see the caterpillar in the egg.
Probably chew it's way out in the next hour or so.
Note: I watched until 12:15am but of course nothing happened. 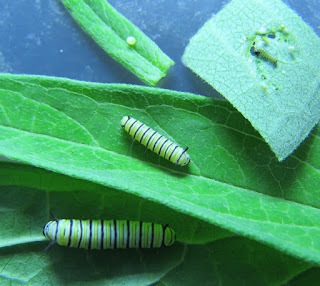 Some of today's finds. 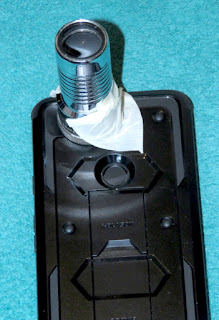 High-tech coupling of Dick Tracy two-way wrist radio with lens from (probably) an 8mm movie projector. I was surprised at the results (next four shots/video) 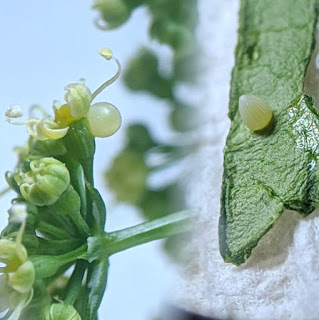 The egg on the left was deposited a couple of days ago on parsley, by the Black Swallowtail I pictured that day. The egg on the right is a Monarch-to-be. 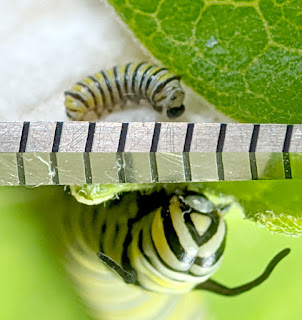 These are two separate individuals, side by side with the same millimeter scale. I suspect the top one is but a day old, the bottom maybe four. 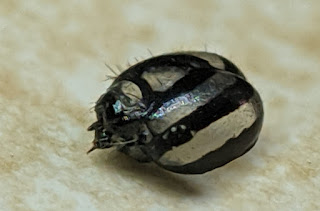 When they get fat enough to outgrow their skin, they shed it. The face plate pops off. 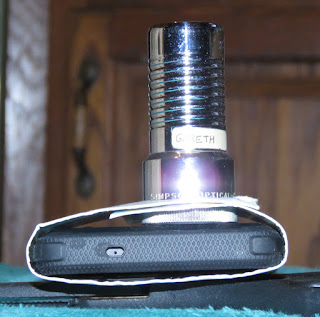 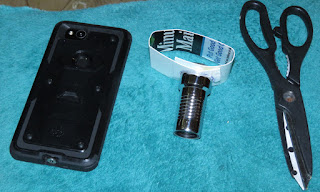