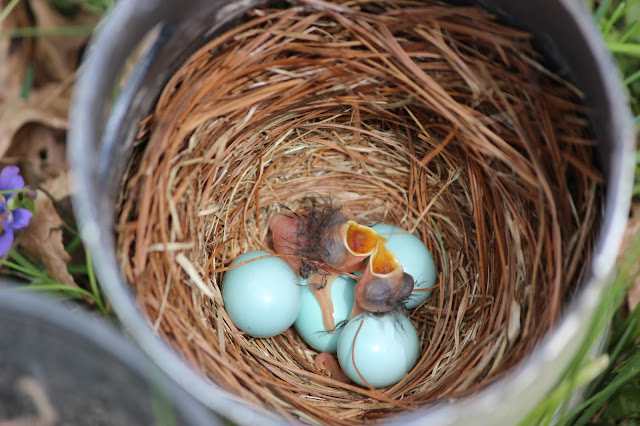 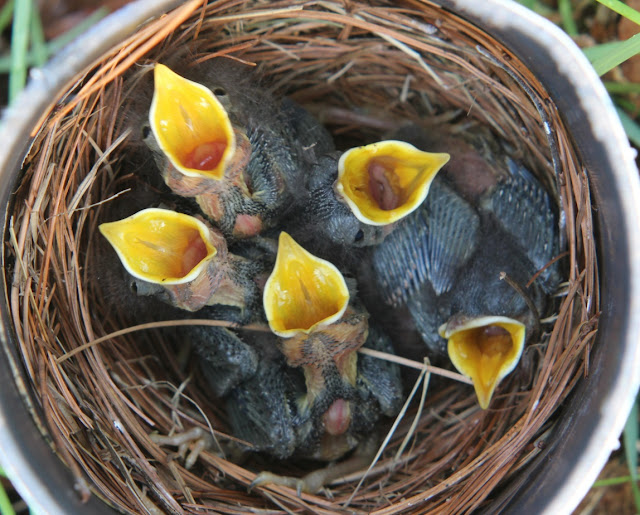 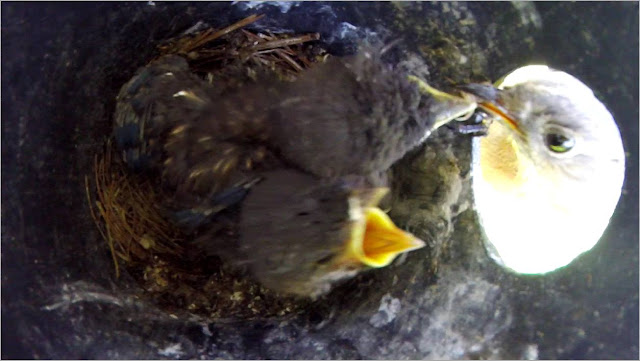 For the above, I mounted the GoPro Session inside the Bluebird house. 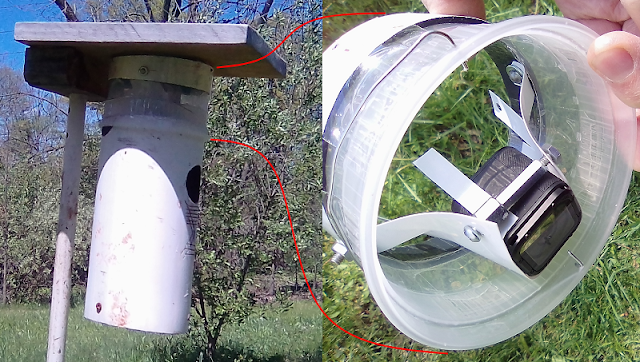 To allow space and daylight I made a temporary addition.

2017-05-11 This morning there's a lone survivor.
I have to say it looked healthy to me though.
I don't know what's killing them but see no evidence of interference by other critters.

Not long after that entry the nest was empty. We never saw the 5th kid again but still hope it survived, as the parents also disappeared ... until June 1.
Posted by Gareth at 10:05 AM No comments: