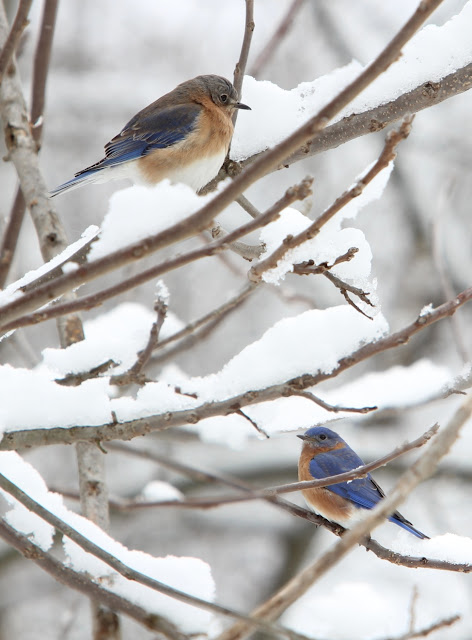 April 9, a very snowy morning.
This is a combined photo of Mrs. and Mr. Bluebird. It's not that they weren't both there at the same time, I just couldn't focus on both at once. 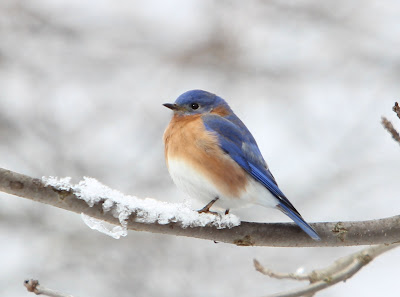 It was another 6-sparrow-sighting day. That started last weekend when the Chipping sparrow arrived. I expect the Tree sparrow to leave anytime, but they're still here. I assume they head north but don't know. I don't have decent photographs of all 6, some (like the Fox who I rarely see anyway) stay on the ground below the feeder, a difficult angle. The others are House, Song, and White-throated. I could almost claim 7 sparrows as I know the Field sparrow is back in town by his song.

Fox Sparrow, April 15
This one was scavenging quite close to me for a while, I heard the leaves being tossed around before seeing it.  A couple of chipmunks ran near and I thought he/she was scared away, but no, still there. Not too bothered by me either.

American Tree Sparrow, March 27
As of April 15 weekend I'm not seeing them. 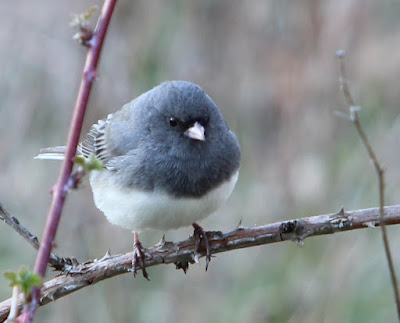 Junco will probably be gone soon. 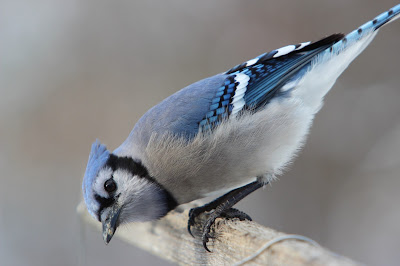 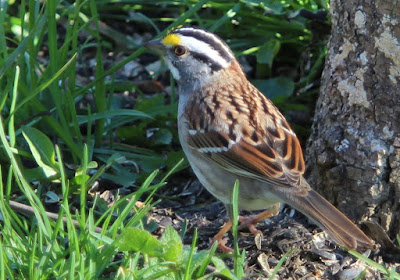 Mr. Bluebird presents a worm.
I doubt they have young'uns yet, practicing perhaps?
Better quality below (not animated). 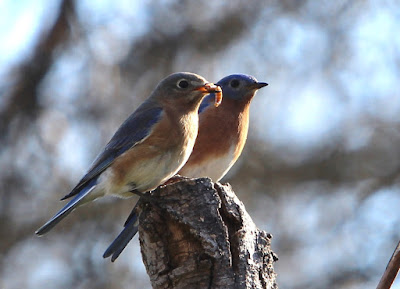