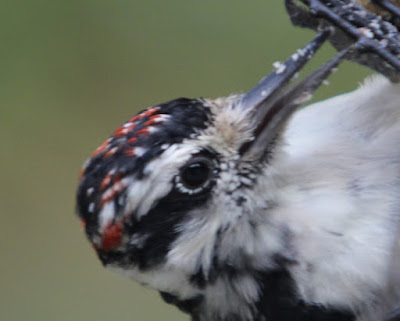 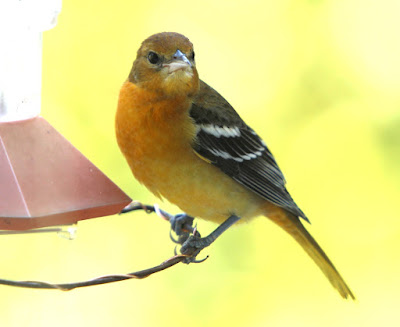 This is where I discover that manual focus can outdo auto-focus through glass.
We also get the Downy at this feeder (and Hummingbirds of course). 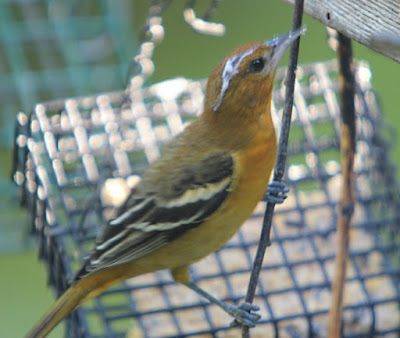 Blessed are the shat upon. 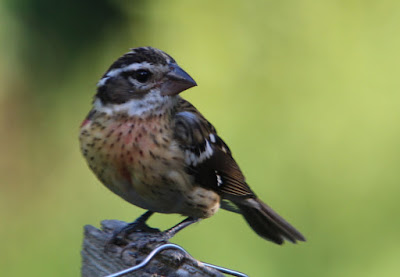 One of my faves, Rose-breasted Grosbeak in transition.

But wait - there's more.
Later on I was working under the car and looked up to see an unfamiliar tail, just above me, very close.
Backtrack to the tree in question: I've been concerned about our Catalpa trees losing a lot of foliage to Catalpa Sphinx caterpillars. While the caterpillars are somewhat impressive, the effect of a multitude rather turns one's opinion: 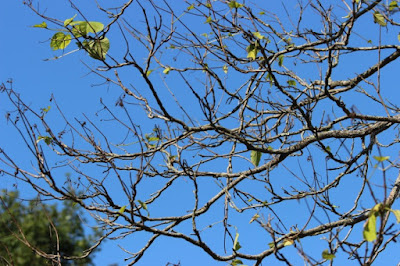 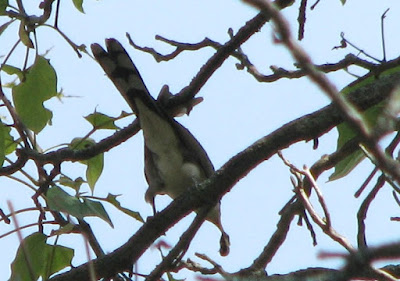 The first I ever photographed. 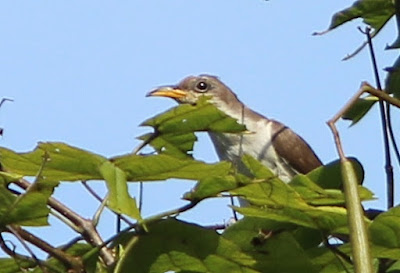 A pair of them were feasting on the caterpillars, hurrah and hooray! 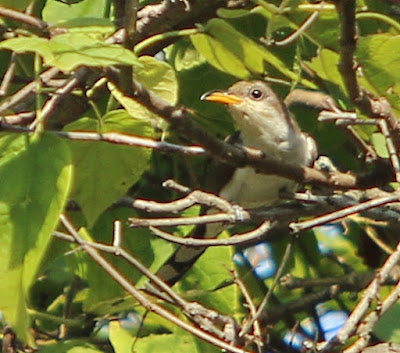 This was at a distance of about 85 feet. 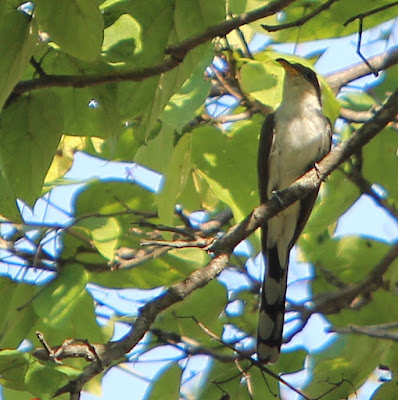 Not counting the elevation! 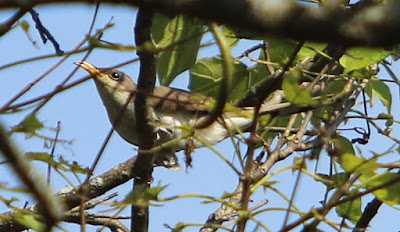 Yes I've heard Cuckoos aren't the nicest regarding nests of others, but today they're my heroes.
I looked for one of the caterpillars to show and the first I found was the victim of some parasitic insect (wasp?) but I ain't crying. 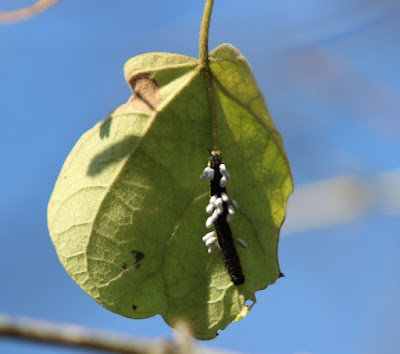