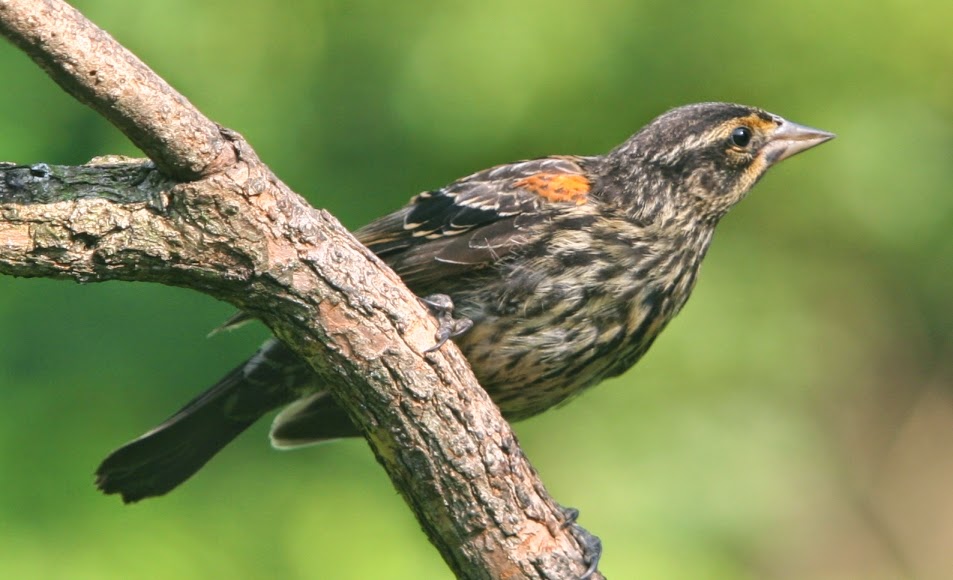 I don't often see epaulets like this on a Red-wing that isn't obviously a mature male. Is it a young male getting his colours early? I think I see some black there. And/or do females sometimes show a bit there?

We aren't seeing the Bluebirds lately, but this early August young'un has learned to keep his/her head steady when everything else moves. I like that top-of-head morph too. 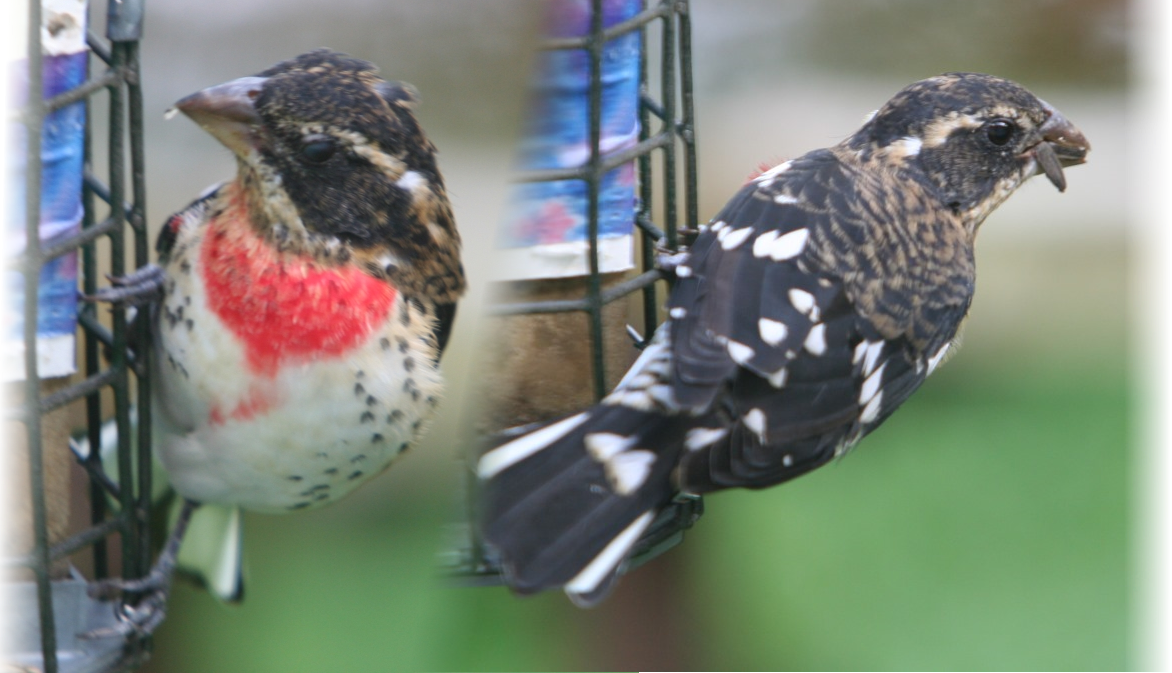 One of my very favourite birds is the Red-breasted Grosbeak in transition like this one. He still has the white eyebrow and some brown, but the black is coming in. What a combination. Don't see that very often. 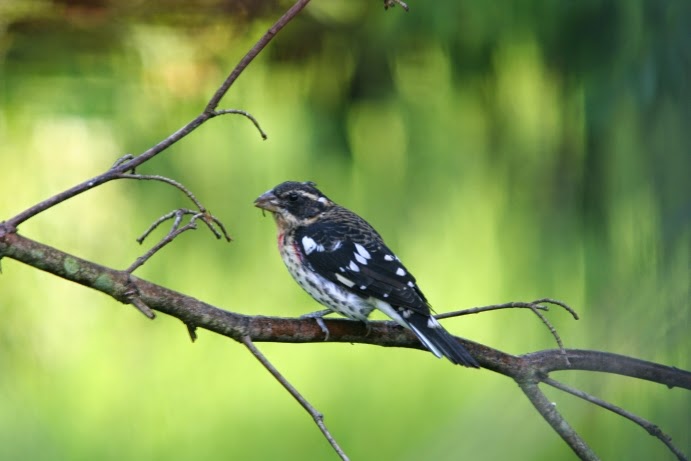 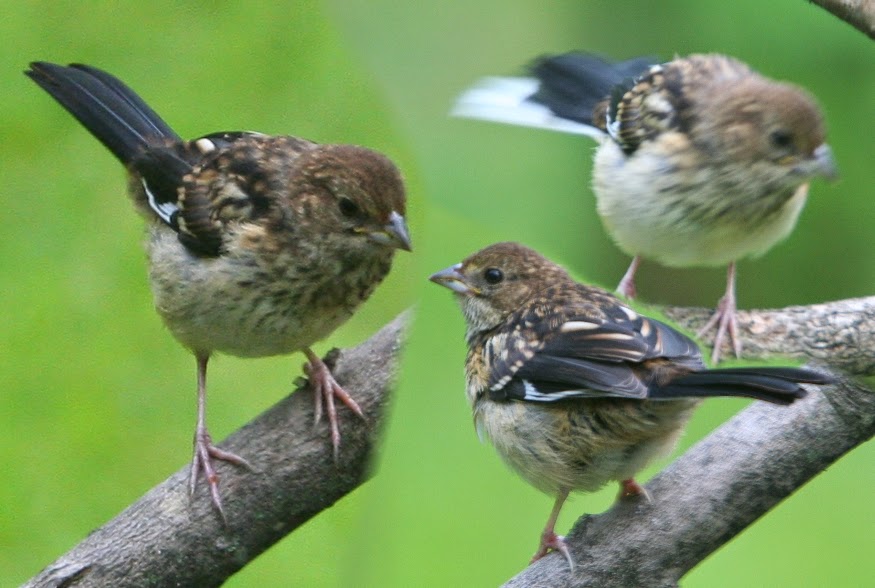 Must be a young Rufous-sided Towhee, with that characteristic white-tail-flick.

I love the meek little Chipping Sparrow.
A bit wet here, perhaps after a visit to the bird-bath.
Posted by Gareth at 6:12 AM