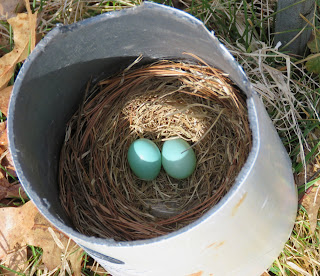 April 1, 2018
The second egg appeared this morning.
I heard or read that she waits until all the eggs of the clutch are laid before sitting on them. That way they'll all hatch about the same time.

April 2, 2018
I've seen many birds passing food to their young. Less often I've seen a male Cardinal give food to an adult female, perhaps a mate or prospective mate? I've heard or read that we think they're saying "Mate with me, I'll be a good provider to the kids". Before this special day I'd only seen Cardinals do that. 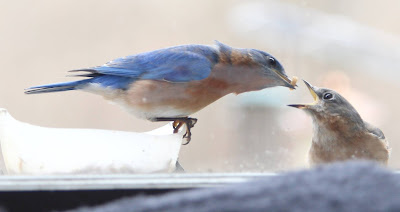 April 22 - Kitchen Window
Converted to GIF from video. Possibly first time photographing them at the window worm feeder with the window open.

https://youtu.be/31q7-2mw2Mw
A short silent video including a slowed-down segment from which the above was taken, along with some high-speed (slow-mo) bits of other birds coming to the same feeder. 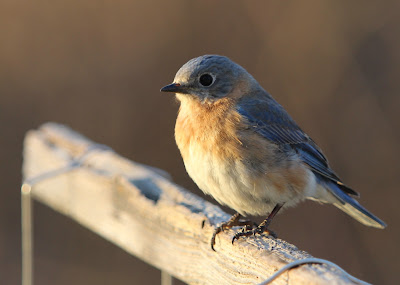 Later on, in the wonderful light of the diminishing sun I had a narrow window to shoot through (both time-wise and physical window). I was hoping for something good and who should come along but her very self. 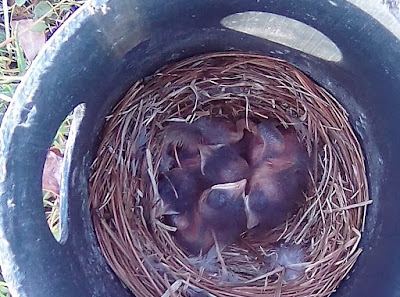 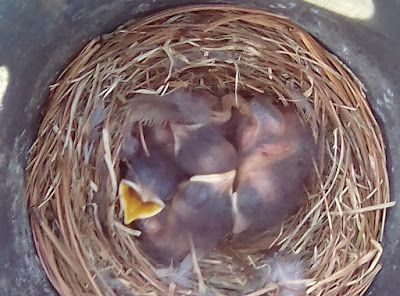 April 23, kids!
I noticed Ma & Pa behaving quite differently this morning, making deliveries.
They weren't acting like that yesterday.