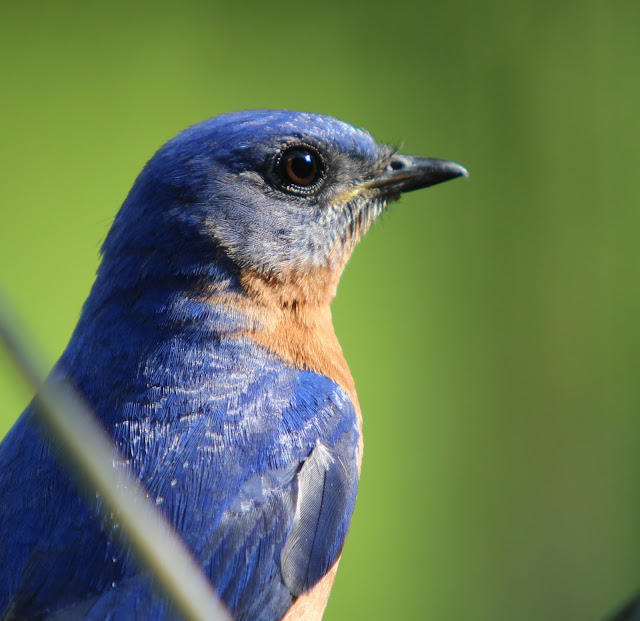 I think the Bluebirds came back June 1. Himself, just outside our kitchen window. Had he been any closer I wouldn't have been able to focus. 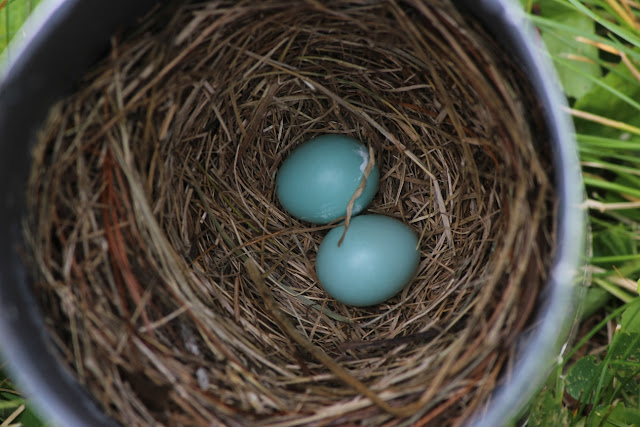 June 7, clutch #2.
One egg is less than a day old and the other less than 2.
This morning was the first time I ever saw a Bluebird eating suet, and a Catbird taking dried worms. 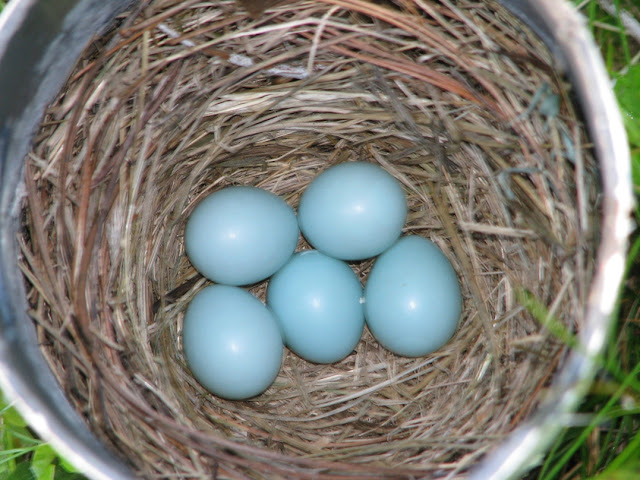 Somewhere I have video of an egg hatching. Find/upload/link it!

July 2, Bluebird Zen: The Sound Of One Wing Flapping
I used to think of it as a male thing, some kind of semaphore, but lately I'm seeing herself do it as well.


July 2, slowed down half-speed. Where did it go?! 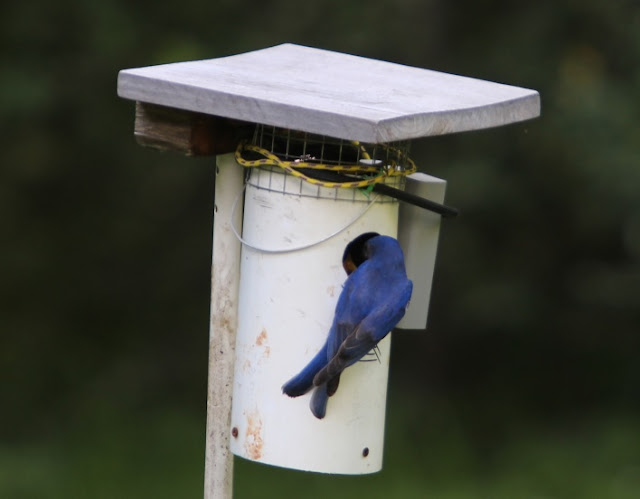 High-tech (GoPro equipped) Gilbertson Bluebird house. A temporary rig, that's a battery-pack on the side for all-day video. Maybe next year a web-cam! 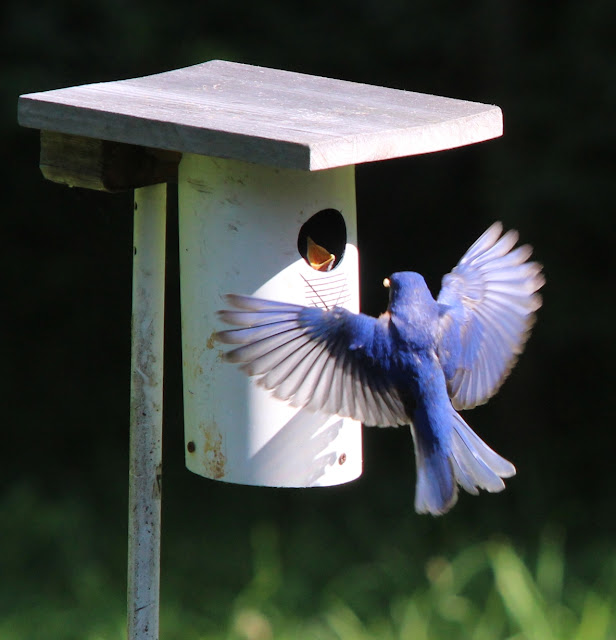 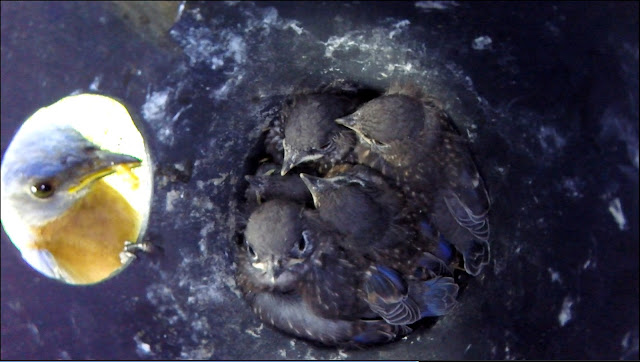 July 11 (pm) update: I came home to find an empty nest, I believe they fledged today. Ma and Pa appear to have sequestered the family somewhere to the north. High in a tree I suspect. Hoping we get to see them sometime.

July 16: Mr Bluebird still drops by to get worms which he takes to wherever they have the kids stashed.
Today, having more pupae than worms, I wanted to see that he'd take them too. I think sometime in the past I noticed a preference for the worms and pupae being left.
Most of the worms in this picture are dried BTW, but he's certainly going for the live pupae now. The next stage of the meal worm life-cycle is a beetle BTW. The white stuff is powdered calcium, having read that meal worms while nutritious are calcium-depleting. There's a big foil canopy above the tray, as well as the ribbon you see here which I positioned in hopes of discouraging the Blue Jays. Catbird doesn't seem to mind it, I've noticed. 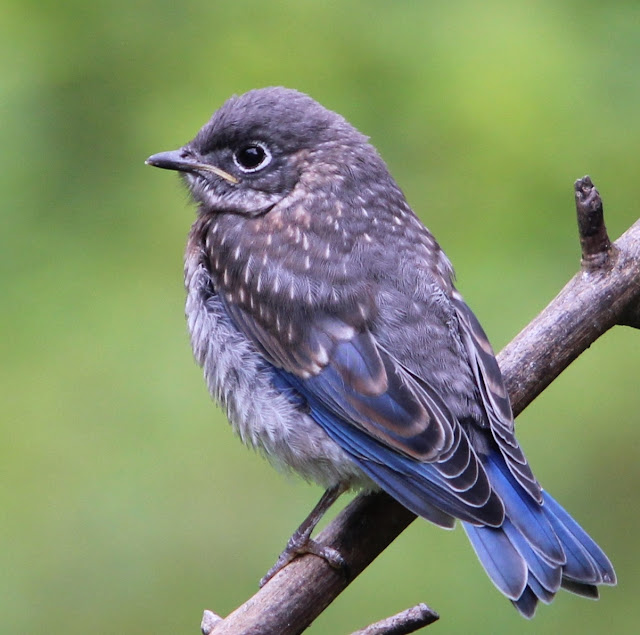 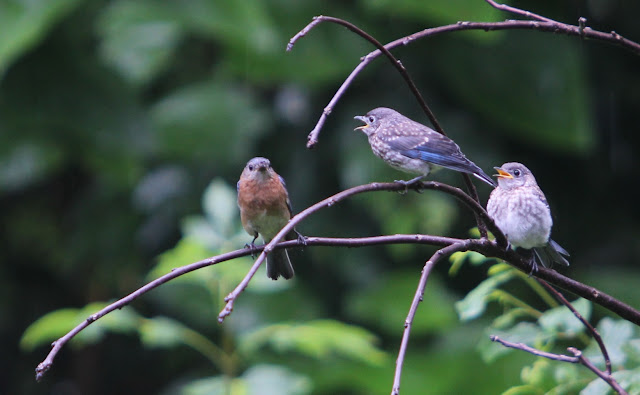