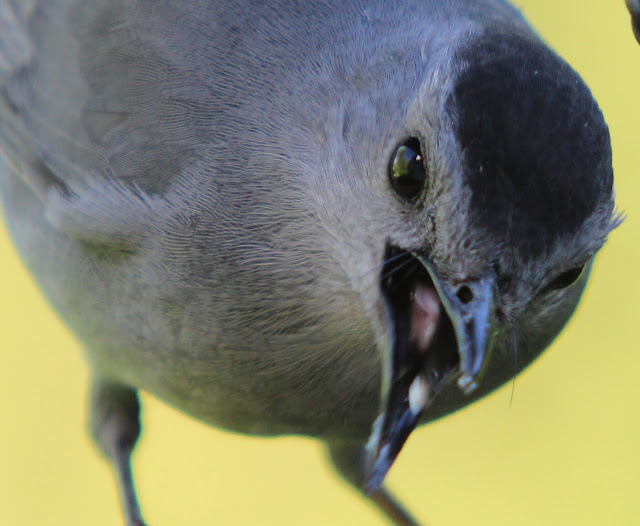 Our local 'cats' have a taste for the worms I put out for Bluebirds, and suet.
I always thought the Catbird was so named because included in its prolific repertoire is a cat-like sound, to my ear anyway.
Imagine my surprise at seeing whiskers in this close shot!
I Googled and quickly found a site claiming
"They are not flying cats nor birds with whiskers."
These photos are my challenge to that. June 1. 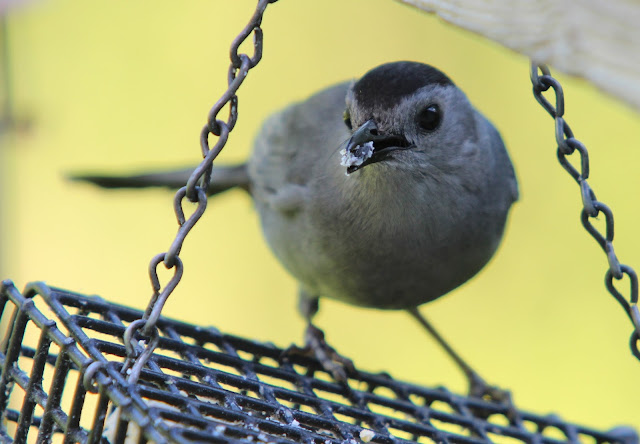 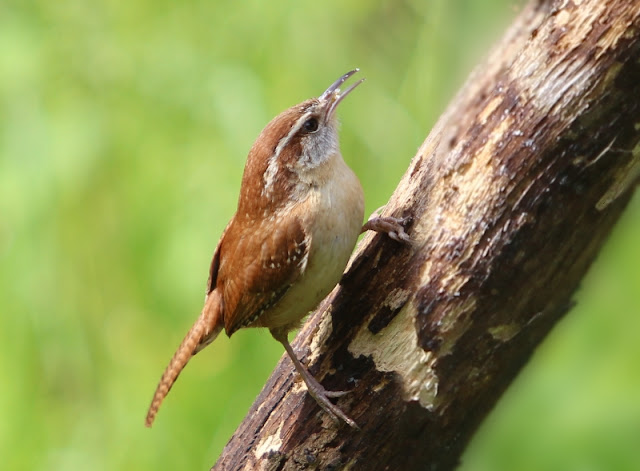 Carolina Wren, June 3.
One of the smaller birds has a very large voice. 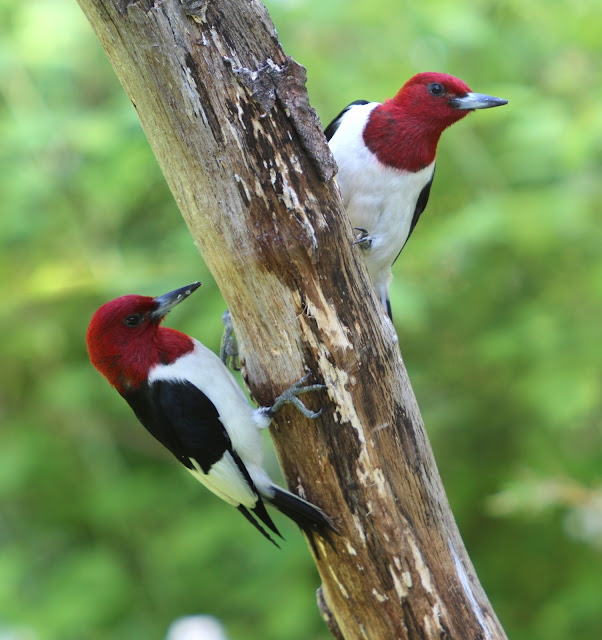 June 3, being the first time I knowingly heard any utterances from the Red-headed Woodpecker. I was in the process of 'shopping out the suet feeder and added the same bird twice in a what-the-heck moment. It's a thrill having these guys visit, seeing at least three individuals I believe. 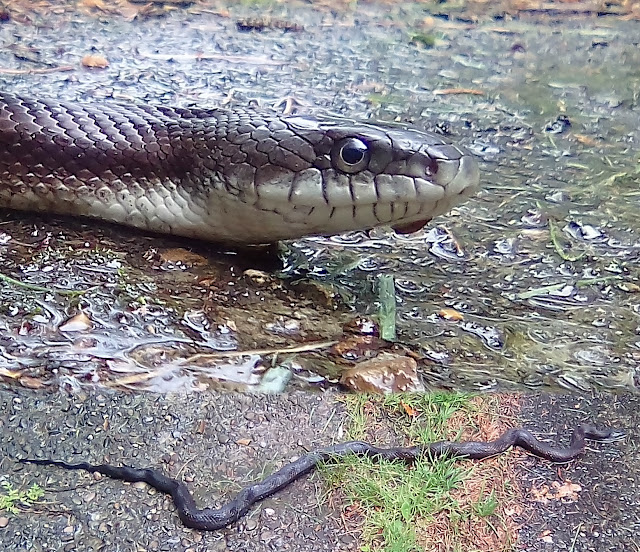 June 4. Black snake at Dad's, easily yardstick sized. It allowed me within an inch or two before deciding I'd violated its personal space (with my phone).
Snake aside, I really like the textured pattern of the decades old concrete after the rain.  It doesn't even look that wet from the full view. Next time I'm there I'll have to photograph the same spot with something for scale. 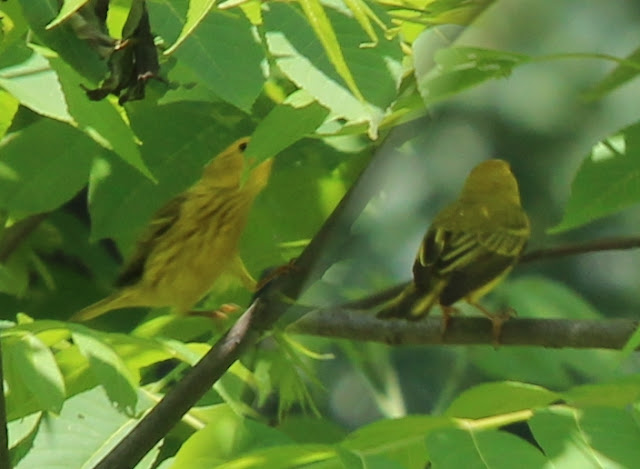 June 11, a glimpse or two of a Yellow Warbler? (combined image) 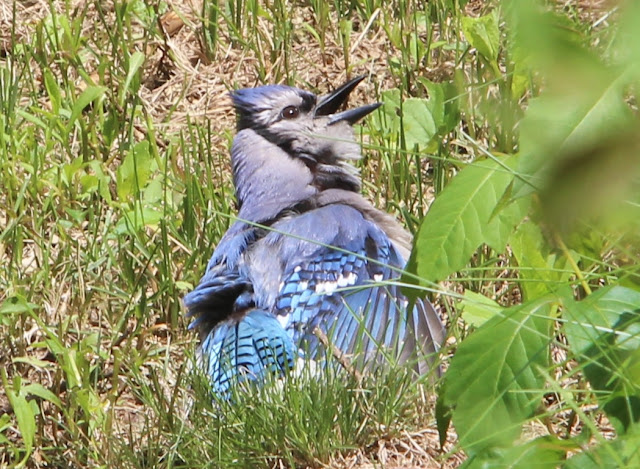 Blue Jay looks in a bad way, but I think he/she's just sunbathing.
Temperature in the 90's I think. 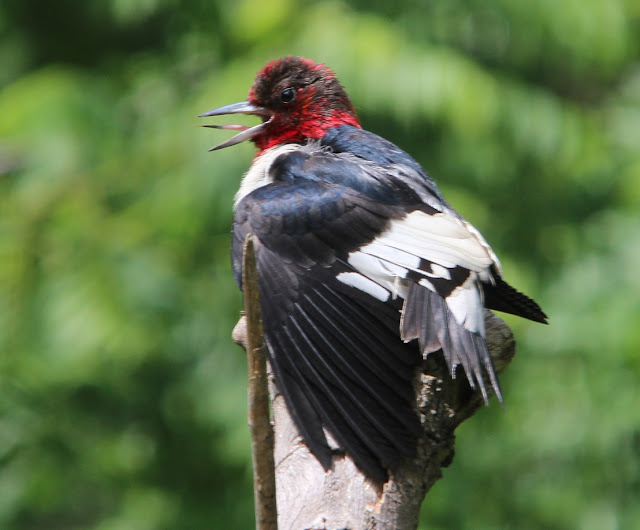 June 15, Red-headed Woodpecker doing something similar I think. Happened to look out the window, at the time the head wasn't visible... what in the world?! ... ran for the camera and got it just in time.
Posted by Gareth at 8:52 AM