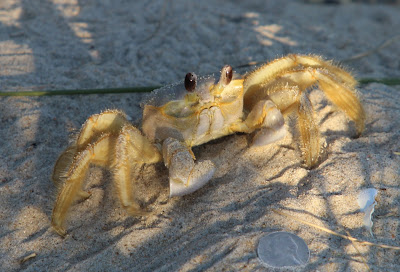 Ghost Crab. I put the nickel in the next day for scale. 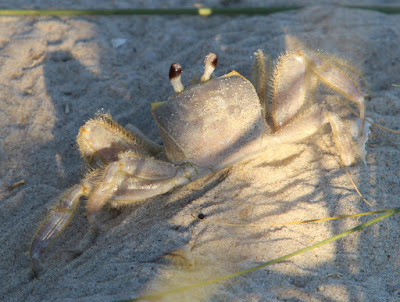 When I first saw him (rear view) I couldn't believe my eyes and thought maybe he was dead, but then he retreated into his pit. 1/2 hour later he re-emerged. 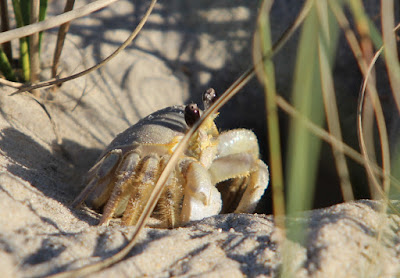 Meanwhile, another one came out nearby (combined for DOF). 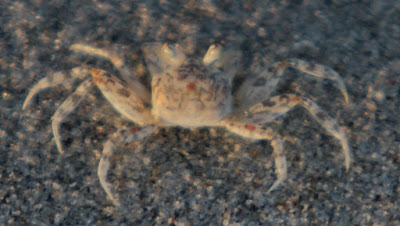 This smaller one is well camouflaged. I found a site saying they
"are able to chair their coloring to match their surroundings".

A cooperative gull at sunrise. 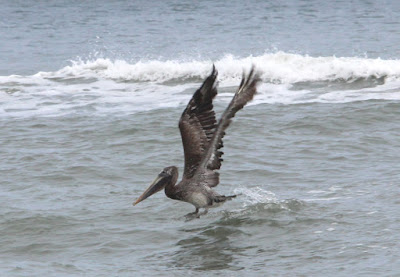 Brown Pelican (immature?) from the beach.

The dock was the spot for Pelican shots. 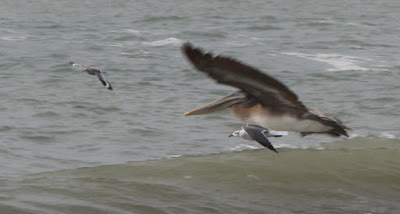 Need to ID the one on the left (Sanderling?). Guessing that's a Brown Pelican and some kind of gull. 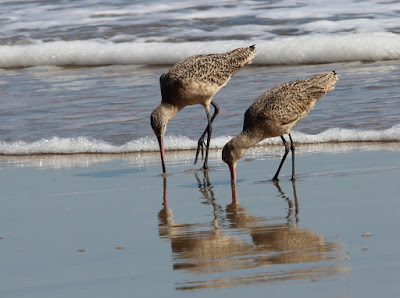 Need to ID these guys. 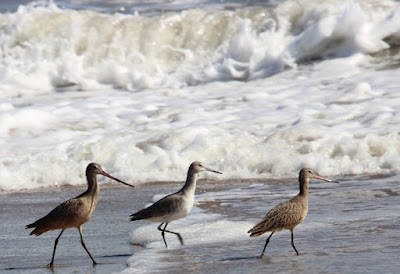 The same two with someone that appears to be quite different. 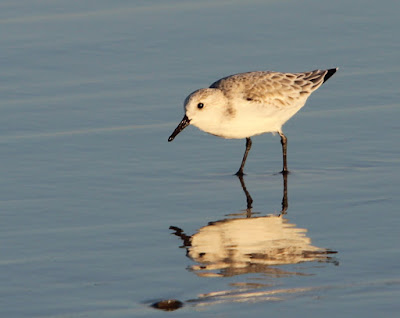 The Sanderling was a favourite, fun to watch running from the waves. 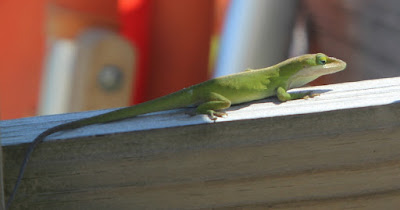 I only saw one lizard, maybe it's a Green Anole? 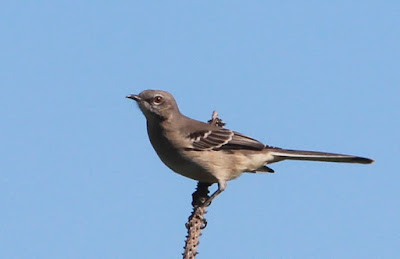 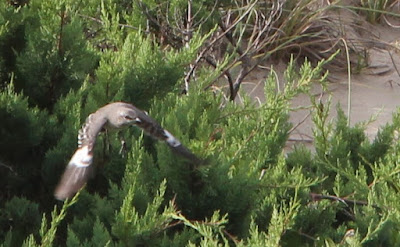 Rarely seen up our way, cousin of Catbird, Towhee and Thrasher.

The day before we left, these 3 were chasing around the front yard for hours.
(Not a combined picture) 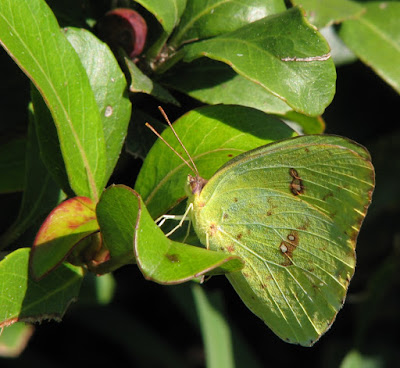 Must be the Cloudless Sulphur. They didn't sit still for top-of-wing shots.
I don't think we get these in Ohio, they seem larger than our Sulphurs. 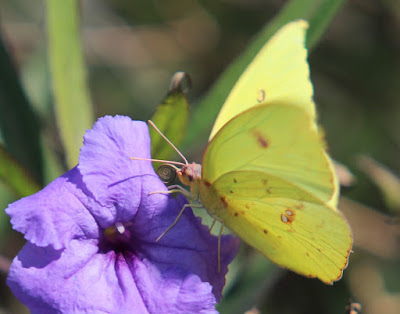 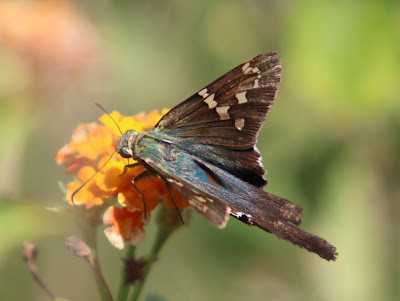 We get a skipper something like this but I don't recall the long tail, or that iridescence.
The web says it's the Long-tailed Skipper, not ranging into Ohio if I read it right. 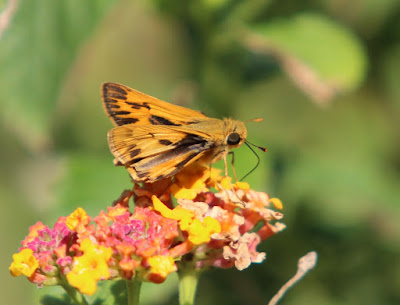 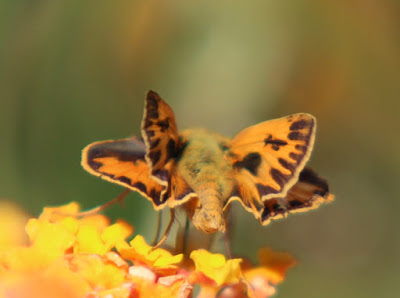 This smaller skipper fascinates in the way it parks it's wings. 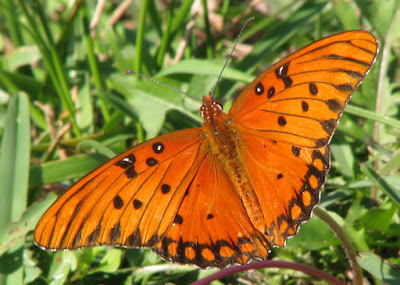 Gulf Fritillary, another one I don't see back home. 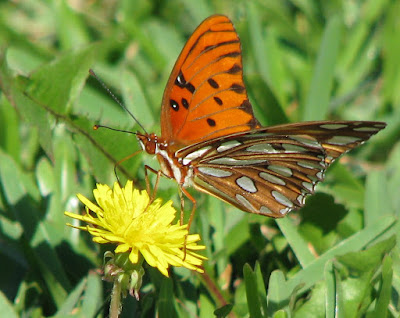 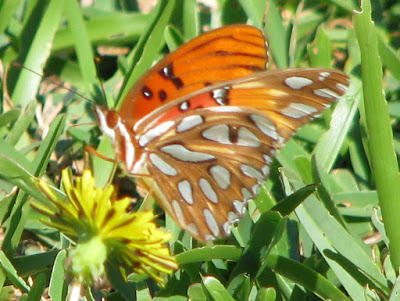 I include this shot because, although fuzzy, the eye struck me.
On other individuals it didn't look eye-like at all. 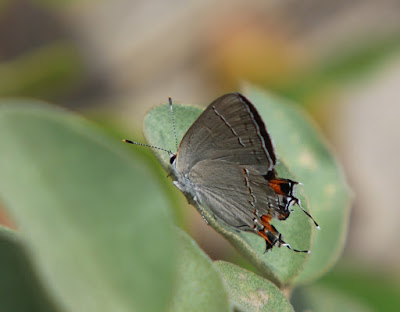 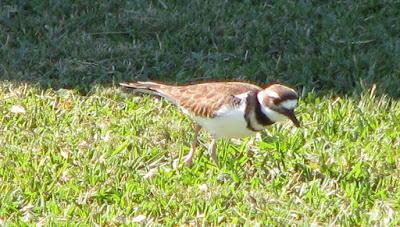 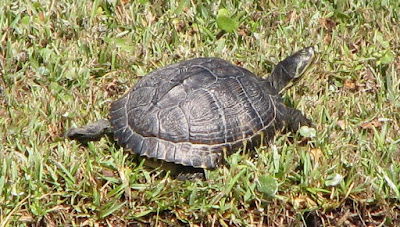 Lawn-abiding, by someone's pond.
Posted by Gareth at 3:23 PM